This addition to the Stern collection celebrates X-Men, one of the most popular comic book series to date. X-Men joins Stern’s revolutionary line-up of comic inspired pinball machines including Spiderman, Iron Man and Batman. 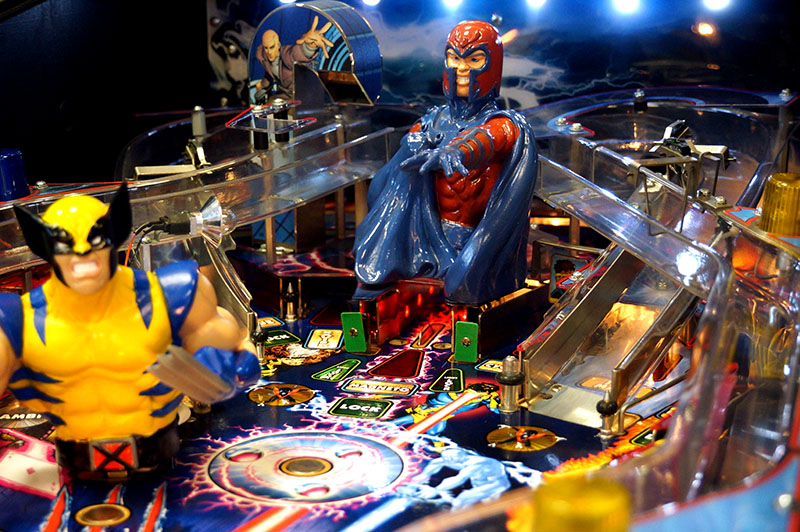 Since the first appearance of X-Men in 1963, the characters in the Stan Lee series have resonated with millions of comic lovers. Now X-Men fans can experience the adventure first hand with a first of its kind pinball display. In this game, players can help gather their favorite X-Men to battle and defeat their villainous enemies. The game features seven main villains including Juggernaut, The Brotherhood of Mutants, The Hellfire Club, Shadow King, Sabertooth, Sentinels and Omega Red. The machine also features a Blackbird launcher and special game modes that touch on the most exciting events in the X-Men Universe.

“Stan Lee’s compelling storytelling combined with his dynamic cast of X-Men have captured the hearts and imaginations of fans of all ages for almost 40 years,” said Gary Stern, founder, CEO and chairman of Stern Pinball. “The X-Men pinball machine celebrates Stan Lee’s much-loved series and brings fans a whole new adventure right at their fingertips.” 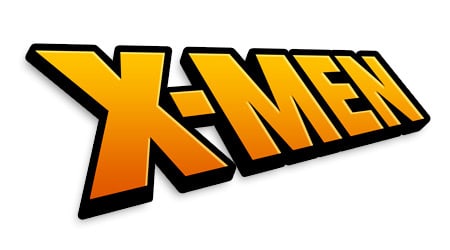 On Display in Our Showroom:

If you fancy checking out a new Stern pinball machine, we have a number of excellent games including X-Men on display in our showroom, set to freeplay, so you can enjoy a few games to get the feel for it for yourself.

We can guide you through the service menus and gameplay options. There are lots of different settings you can employ to change the way the game plays, such as how many balls you would like per go. There are also a number of test modes to be able to check functions and test the bulbs.

We are keen pinball enthusiasts and have experience of owning and playing a wide variety of pinball games. If you are looking for high quality impartial advice it is definitely worth paying us a visit.

Being a classic pinball machine, this game as standard uses filament bulbs for all of its lighting for general illumination, inserts and the backbox, but did you know that an LED upgrade can completely transform the way your game looks and operates?

For an additional fee, we can replace every single incandescent filament bulb in the game with beautifully bright LED bulbs to make your pinball machine shine, and truly stand out in your games room. An LED upgrade won’t just make your machine look dazzling, and make viewing your playfield easier but also improve the way it operates too, generating less heat, consuming less electricity and ultimately lasting for longer.

Ask our team about LED upgrades when enquiring to find out more, or read up in our buying advice guide on LED upgrades.

This X-Men Pro pinball machine has been extensively restored to a spectacular standard. Numerous playfield mechanisms and features have been completely replaced and reworked, and the game has been given a complete deep-clean and wax.

Some machines we sell are fully restored, where we will fit new decals, new playfields, new parts such as ramps, and even upgrade certain items, such as the sound components. Where this type of reconditioning process has been undertaken we will make it absolutely clear that this is the case and the price will reflect the amount of time taken and costs incurred in this process.

Buying a pinball can be a lot like buying a car: there can be problems underneath the bonnet that you wouldn’t even know about until they interrupt your fun!

It’s worth noting that pinball machines are complicated in their workings. There are pitfalls to buying a second-hand pinball machine elsewhere, and if you don’t know what to look for, you can have an incomplete machine running at less than its potential. Furthermore, you could purchase a machine that is 20-30 years old and has a serious electrical fault.

However, every machine that comes through our doors undergoes an extensive 26-point check with our trained engineer. This service is exclusive to every pinball we sell at Premium Pinballs. All machines undergo a full PAT test by a fully qualified engineer to eliminate any risk. We also check everything including the lighting, coils, flippers, full mechanics, electronics and everything else in between. These checks ensure that all components are rigorously tested and working.

This even includes cosmetic touch-ups and a full wax clean. We complete this 26-point check to ensure your new pinball machine is in tip-top working order and ready to spend a new life with its new owner.

Please ensure you fully check that a pinball of this size will fit into your intended location. 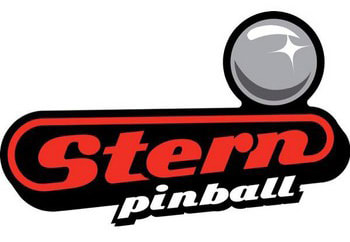 Stern Pinball, Inc. (“SPI”) designs and manufactures arcade-quality pinball games.  It is the only maker of commercial grade pinball games in the world presently and is located just outside Chicago, Illinois.

The company traces its lineage to Philadelphia in the 1930’s when Sam Stern got into the business of operating pinball games.  These new games were all the rage in bars and restaurants, and game operators were making a very good living.  Sam became so successful as an operator that he soon became a game distributor as well.

In 1947, Sam visited Williams Manufacturing Company in Chicago where, according to pinball industry folklore, he brazenly put his feet up on Harry Williams’ desk and asked, “Why don’t you sell me your company?”  Because of Sam’s success as an operator and distributor, it took Harry only three hours to decide to sell half of the company to Sam.

Sam moved to Chicago and became President of Williams.  Through the ‘50’s and ‘60’s, he and Harry worked tirelessly to build Williams into one of the leaders in the burgeoning pinball industry.

Sam passed his passion for pinball on to his son, Gary, who as a child played in empty game boxes on the factory floor at Williams.  Gary was only 16 years old in the 1960’s when he started working for his father in the stock room at Williams.

The late ‘70’s and early ‘80s saw the emergence of coin-operated video games.  As the coin-op market evolved, other companies acquired many of the existing pinball companies.  In 1986, after the death of his father, Gary founded Data East Pinball, which was purchased by Sega in 1994 and became Sega Pinball.   In 1999, Gary bought the business back from Sega and renamed it Stern Pinball, Inc.  Less than a month later, Williams announced plans to cease pinball production in order to focus on the slot machine business.

Through the first decade of the new millennium, SPI has continued to carry the pinball banner and promote the game throughout the world.  The company has released many popular games, including Pirates of the Caribbean, Indiana Jones, Shrek, Batman, Spiderman, the Simpsons Pinball Party and many more. Its games continue to be enjoyed by both pinball enthusiasts and casual players around the world.

This pinball machine comes with a 1-year parts warranty. All parts that are faulty will be replaced. Often we can solve any problems over the phone and supply any necessary components for the customer to fit. If necessary our specialist repairer can visit your home to inspect and repair your machine on-site, but this would be chargeable. Please call us for a call-out quotation. If parts are required which are not carried at the time these will need to be ordered for you.

After our 1-year warranty has expired we will continue to offer you complete support for any problems you have, either over the phone or by email, and can provide a chargeable engineer call out should it be required. Whatever happens, we will be able to look after you and your pinball machine.

Pinball machines are complicated items, which don’t like being moved about, nor do they like the cold or humidity. Therefore, if you chose to move the pinball machine from where we originally installed it, or it is stored in a cold or damp location, our warranty will become null and void. We won’t be able to supply any parts for your machine free of charge if it has been accidentally damaged or you have tampered with it in any way.

Where a used/secondhand/reconditioned item is not being used in a home but is instead being placed in a commercial location such as a bar, pub, cafe, restaurant, bowling alley, trampoline park, youth club, office, factory, or similar, we will offer a 30-day on-site service warranty should any problems occur which are not a result of any misuse or malicious damage. This warranty will cover parts and labour.